How to handle employee drug and alcohol use at work

Whether employee drug use at work is the result of prescription or recreational drugs or alcohol, it doesn't change the fact that on-the-job 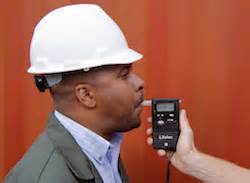 When you're faced with employee drug use, whether they be prescription drugs like opiates, alcohol or recreational drugs, odds are good that by the time you realize someone in your workplace has a problem, it's already affected the people and jobs around them.

Consider this scenario: Doug, a manager for a large warehouse, heard rumors that one of his warehouse workers, Steven, had been acting strangely. Apparently, he’d been showing up late, taking long breaks, and seemed generally out of it. This was uncharacteristic of Steven who was normally a great worker. Doug decided to check it out.

Doug went to the warehouse and found Steven. As he was talking, he noticed Steven had difficulty holding a train of thought. He also looked disheveled and had bloodshot eyes. Doug then smelled something like marijuana. He asked Steven to come to the office where he asked if he’d been smoking pot. Steven danced around the question for a while, but finally answered that he had. Doug shared with him that he appeared to be under the influence, and took him for a drug test. Not surprisingly, Steven tested positive and was terminated, per company policy.

How to address workplace drug use properly

Did Doug address employee drug use at work properly? The answer is "Yes." Doug immediately investigated rumors, witnessed Steven’s impaired behavior and appearance, and spoke privately with him. With all the facts pointing to reasonable suspicion, Doug took Steven to be tested and then disciplined him appropriately, per company policy.

5 actions to take when employee drug use is suspected

Immediate termination, however, isn't always the right step when dealing with drug abuse at work. Managers should take the following five actions to ensure they're addressing suspected workplace drug use properly:

When you hear rumors of strange behaviors that may be alarming and uncharacteristic, look into them right away. Drug impairments diminish over time and may not seem problematic if an investigation is delayed.

Question the employee in private about drug abuse:

With a company policy in place, you can conduct drug testing in most states for reasonable suspicion. Be sure to have the test reviewed by a medical review officer (MRO). You can learn more about setting up your company's drug testing policy in this article.

Keep a record of every step taken throughout the process, including the investigation, any findings discovered, and the disciplinary action implemented.

Even if an employee is abusing legally prescribed medication, it's the responsibility of the employer to ensure the workplace is safe. That means setting up a drug-free workplace policy and administering it properly. Improper administration of a drug testing policy – or acting in the absence of one – can lead to serious problems. Supervisors should receive regular training to understand and be reminded of company policies and their responsibilities.

Please contact our HR experts at HR@stratus.hr with any questions about handling suspected drug or alcohol abuse at work. We can also help you set up a drug-free workplace policy for your company.

When handling a for-suspicion situation, be sure to have a workplace drug and alcohol testing policy in place and remember these five actions...

Drug Testing – Where Do I Start?

Whether it's for random testing or for reasonable suspicion testing, here's how you set up a company drug testing policy.