Can Employees be Fired for Discussing Pay Rates?

If your company prohibits or discourages employees from sharing pay information, you may be breaking the law. Here's why.

Most people would consider sharing their pay information as taboo. But if an employee were to discuss their pay rate or salary level with fellow coworkers, could they be fired? The short answer: no. Here’s why.

The NLRA protects an employee’s right to discuss wage information

In 1935, Congress enacted the National Labor Relations Act (NLRA) to protect the rights of workers. Although many companies believe the NLRA only applies to companies with unions, the NLRA actually protects all employees that work for any business entity.

According to the NLRA, employers cannot limit employees’ concerted activities (or, in other words, the ability for employees to discuss their work conditions with others) for the purpose of “collective bargaining or other mutual aid or protection.” While a little ambiguous at first, the National Labor Relations Board (NLRB), which enforces the NLRA, has ruled in several cases to clearly define the discussion of wages as “protected, concerted activity.” For example:

Although the NLRA does allow employees to freely discuss their work conditions such as pay, benefits, and workplace safety, it doesn’t protect malicious or reckless behavior. So, for example, if an employee were to post confidential trade secrets on social media, which is in violation of company policy, the worker would justly face disciplinary action pending an investigation.

Employers should periodically review their employee handbooks to ensure they are up-to-date and do not have language that could be interpreted as a violation of the NLRA. Please contact your Status.hr Rep at HR@stratus.hr for more information about employee rights and/or to receive a professional review of your handbook . 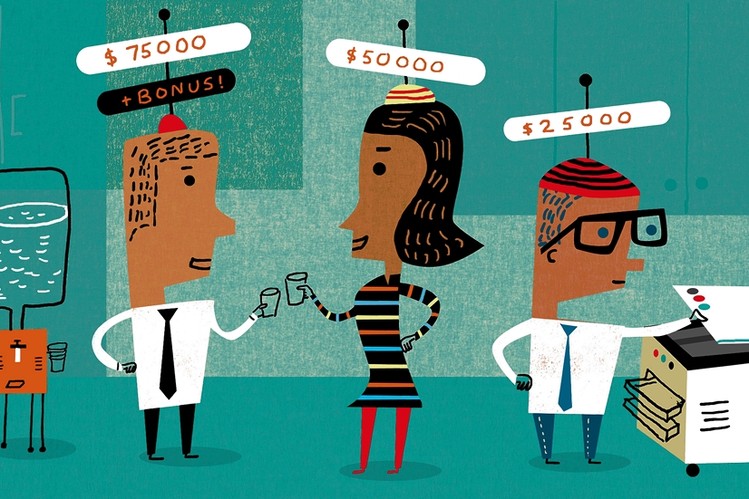 An employer may be at risk just for getting upset about employees sharing wage information!
Image credits

What to Do with an Overly Chatty Employee

Socializing at work helps build relationships -- but what do you do when an overly chatty employee keeps coworkers from being productive?

You Hired a Sex Offender: Now What?

You just discovered that one of your employees was convicted of indecent assault several years ago and is on the sex offender registry. What should...

Although you may have a tightened HR budget, here are 5 hiring and retention trends you should implement to compete for key talent.