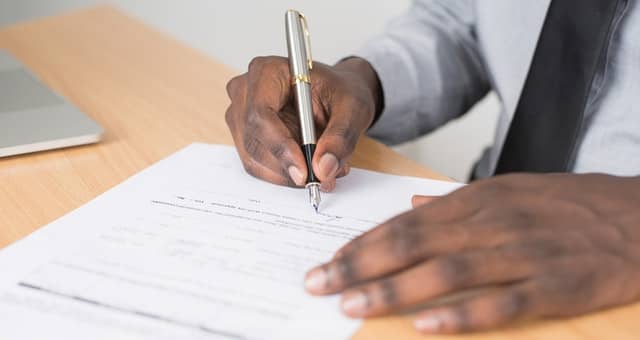 As a manager, you have a lot of responsibilities that spread your time thin and make ordinary, mundane tasks feel like low priorities. But when it comes to documenting an employee termination, should that really be considered a high priority?

Let’s say you recently hired a new employee named George on the production line, but he’s already been late twice after only three weeks on the job. While this left your team scrambling both times, things escalated when George never showed up to work during the fourth week. According to your company policy, this was grounds for termination. You called George to inform him he’d been fired and then changed George’s status in your Human Resources Information System (HRIS) to “terminated.”

At this point, the story can go one of two ways based on what you do or don’t document.

Option 1: You Neglect to Document the Reason for Employee Termination

There’s just not enough time in the day to get everything done, so the last thing on your mind was to spend time writing up the series of events that led to the employee termination. Besides, company policy specifies that a no-call, no-show is an automatic fire. In the HRIS, you simply marked George had been termed and moved onto other job duties.

Several months later, your company received a complaint from the Equal Employment Opportunity Commission (EEOC) saying George had filed an age discrimination claim. In the claim, George stated he had been fired because he was over the age of 40 and had not received ample training before being let go. However, he had witnessed younger counterparts receiving more one-on-one training than him. The EEOC now awaited your response.

Unfortunately, George was just one of many former employees who had worked for a short amount of time before no longer being with your company. When the HR manager asked you for details, you couldn’t remember – but you were certain it had nothing to do with George being over 40 years old. Regardless, your company was about to spend oodles of time and money with legal counsel to build and fight this claim.

A year later, your company received an unemployment claim for George. He had eventually found work elsewhere, but apparently was no longer employed and had filed for unemployment benefits. Because your company was part of the look-back period (typically the last four of five calendar quarters worked prior to filing a claim), you were expected to fight the claim and spare your company’s unemployment rate from being impacted --- or do nothing and have his unemployment wages counted against your company.

Again, you had no record (or memory) of the reason for George’s dismissal. In order to fight your company’s culpability for unemployment wages, you needed to prove that George had knowledge that what he was doing would cause harm and that he had control of his actions. Unfortunately, you had no documentation to help trigger your memory of what had happened in his case, so he was granted unemployment benefits.

Option 2: You Document Everything about the Employee Termination

Although you’re hard-pressed for time, you spent a few minutes writing down the series of events that led to George’s termination and uploaded everything into the HRIS, including:

In addition to documenting everything, you also specified in the HRIS that George had been fired for cause. Everything took about 20 minutes to type and upload, which cut into your time but wasn’t too overbearing.

When the age discrimination claim arrived, HR had the complete story of what had happened. George hadn’t been discriminated against; he had been progressively warned for his tardiness and then had been termed for cause with his no-call, no-show. The EEOC dismissed George’s case after receiving your company’s quick response to his unsubstantiated claim.

Upon receiving George’s unemployment notice, HR was able to look up his record in the HRIS and see that he was fired for cause. This let them know there was more to the story than a basic termination. After a quick search, HR found supporting documentation that proved George had knowledge and control of his behavior. The warnings he had received were in line with the company’s disciplinary action process (which he had signed as acknowledged), as was his termination for cause. HR quickly responded with proof that the company was not culpable for unemployment benefits.

Taking time to document right away when details are fresh on your mind is a top priority. This can be a huge time and money saver down the road, especially if a discrimination or wrongful termination claim is made. But even beyond employment claims, companies receive notices all the time about former employees who have filed for some benefit or are eligible for a new government assistance program. Documenting details in your company’s HRIS saves a lot of time just in hunting down answers for these agencies.

Our Stratus.hr system enables you to clearly indicate the reason for termination and upload any supporting documentation, which helps us help you in the event a claim is made or a notice is received from a government agency. For questions on how to do this, please contact your certified HR Rep.

Not a current Stratus.hr client? Book a consultation and our team will contact you shortly.

Employee Records Retention: What, Why, and How?

Did you know you're required to document every employment action, from hiring to termination? Learn more tips for your employee records retention...

My employee just brought new ID for the I-9. Now what?

What do you do when an employee comes to you with new documentation for the I-9 and says the previous ID used was fake? You might be surprised...

The new, simplified PPP forgiveness application for loans less than $50K requires less documentation and omits the burden of computing.