There's a new version of Form I-9 that employers can begin using immediately, even though it's not mandatory to make the switch until January 22, 2017.

The U.S. Citizenship and Immigration Services (USCIS) recently published a revised version of Form I-9 that goes into effect on January 22, 2017. Until its effective date, employers may use the existing Form I-9 dated March 8, 2013, or the new version found here.

According to USCIS, changes to the new I-9 are designed to reduce errors and enhance form completion using a computer. One notable change in Section 1 includes an updated box that asks for “other last names used” rather than “other names used,” and streamlines certification for certain foreign nationals.

Other changes to help reduce errors include:

The changes that make the I-9 easier to complete on a computer include:

In addition, when the employer prints the completed form, a quick response (QR) code is automatically generated, which can be read by most QR readers. This feature will be useful in the event of an enforcement audit. As an FYI, employers using the new electronic form will need to have an updated version of Adobe Reader.

Although the former I-9 can still be used, we encourage employers to start using the new form and updating any printed paperwork packets with the new version immediately. For questions about the I-9, please contact our HR experts at hr@stratus.hr. 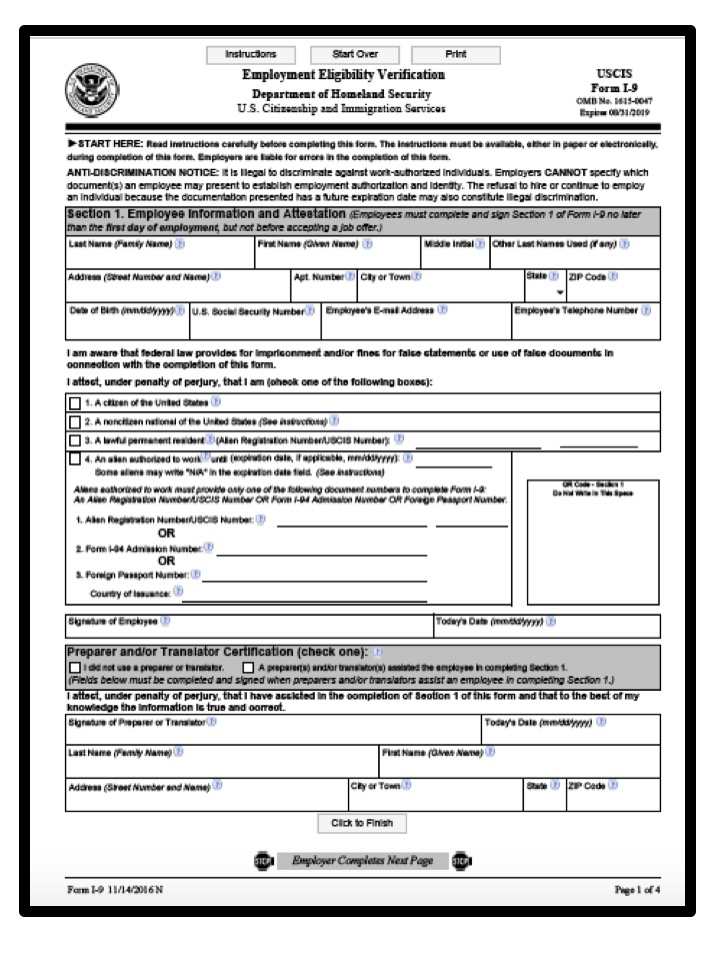 Top 5 Things to Know about the New W-4

While the IRS says the new W-4 is supposed to be less complex, employees are going to need a bit of an explanation. Here it is in layman's terms.

The new W-4 was a drastic overhaul meant to increase transparency, simplicity, and accuracy -- but it's mostly caused confusion.

If you give your employees a gift card, is that considered a "de minimis" non-taxable gift? What if it's more (or less) than $25 in value?