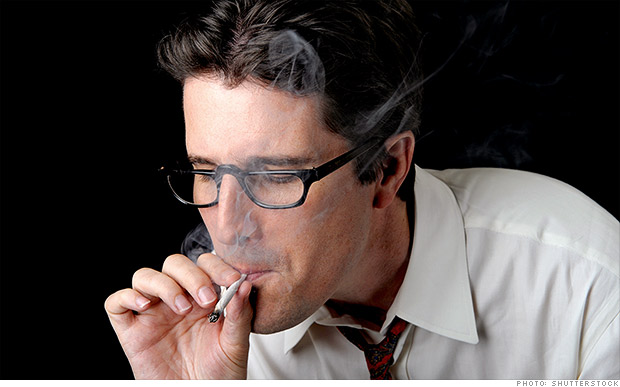 As medical and recreational marijuana laws continue to be legalized from state to state, employment laws regarding its usage will evolve.
Image credits

Let’s say your company is located in a state that allows recreational marijuana use, but you want to maintain a drug-free workplace policy. What are your legal rights as an employer? Here’s a quick rundown of several questions we’ve been asked recently.

Can a company create a drug-free work policy in a state that allows recreational marijuana use?

Yes. Just because your state permits recreational marijuana doesn’t mean employees should be impaired at work. Currently eight states have legalized recreational marijuana and each has regulations for using marijuana in public, where it can be purchased, and how much can be grown at home. None of those states require employers to allow on-the-job use. Think of it similarly to alcohol: while it’s legal to purchase and use under certain circumstances, it’s not appropriate to be under the influence at work and could involve disciplinary action for violations.

Can an employee who is a registered medical marijuana user with a medical card use marijuana at work?

Because medicinal marijuana is legal in 30 states currently, there is no federal stance on this so laws vary state by state. In Massachusetts and New York, for example, medical marijuana users are protected; employers must make reasonable accommodations. But in California, employers may discipline employees for marijuana use, even if it’s been used under the authority of a physician. Since marijuana laws will continue to evolve, expect changes to come.

We have a zero-tolerance policy at work. Should I terminate an employee who is a registered medical marijuana user?

No. Even with a zero-tolerance drug-use policy, firing an employee solely based on their registration status could lead to further legal problems (again, the laws are new so this may evolve). Instead, work with the employee to see if suitable accommodations can be made. Think of it similarly to an employee on prescription opioids and be cautious to not assign the person any work that could be hazardous to them or their coworkers. Remember, however, that this is only for registered medical marijuana users and not for employees using marijuana recreationally. Also, performance standards must still be met, impairment must not be a problem at work, and smoking marijuana, even with a registered medical marijuana card, may still be prohibited at the worksite.

What other advice do you have for employers in states that have legalized some forms of marijuana?

Create a company policy and communicate it to your team clearly and regularly. As long as your company consistently prohibits and enforces impairment by marijuana (or any other drugs), you reserve the right to terminate an employee for recreational marijuana use. Train managers on how to identify impairment and how to deal with on-the-job use or impairment. If you have a situation where an employee seeks accommodation as a prescribed medical marijuana user, check with your legal counsel to determine what’s required in your state. Also ensure your HR and legal teams are aware of any future changes to the law, in case those affect your company’s policy.

How to Negotiate Salary

Having the “money talk” with job candidates is awkward and uncomfortable and can make or break hiring decisions. Learn how to negotiate salary like a...

While it may seem like common sense to fire a worker that hits the company on Facebook - there are factors to consider that may complicate ...

Is Hiring Teens a Good Alternative to a Tight Labor Market?

With unemployment at record low levels in many areas of the country, could hiring teens be the solution to your staffing shortage?