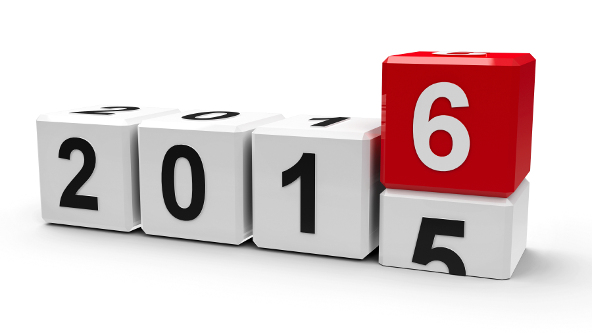 Looking Back: In review of 2015, many new state-level laws were passed covering a variety of HR topics, from paid sick leave days to “ban the box” legislation.  More employment law changes are expected to take place in 2016 at a state level, meaning companies who conduct business in multiple states need to be sure they are compliant with all federal, state, and local municipality laws.  Here’s a look back at what those major law changes of 2015 were and what to expect more of in 2016.

Many states created their own paid sick leave statutes in 2016, most of which apply to companies with more than 10 employees and accruals based on number of hours worked.  States that adopted new paid sick leave policies include: California, Massachusetts, and Oregon, along with city councils of Tacoma, WA; Philadelphia, PA; Bloomfield, NJ; and Montgomery County, MD.

Although there are already federal protections for pregnant women at work, several states expanded their workplace requirements for accommodating pregnant workers and pregnancy-related conditions (such as lactation needs), except where providing such accommodations may create an undue hardship to the business.  Those states include: the District of Columbia, Nebraska, North Dakota, and Rhode Island.  More states are expected to adopt similar legislation in 2016.

Many states now have legislation that says it’s unlawful for employers to prohibit employees from discussing their wages, and protects employees from being retaliated against if they do so.  States with such anti-pay secrecy laws include: California, Colorado, Connecticut, the District of Columbia, Illinois, Louisiana, Maine, Michigan, Minnesota, New Hampshire, New Jersey, Oregon, and Vermont.  More state-based wage transparency laws are expected in 2016.

Many major cities and states hiked their minimum wage rates above the federal standard in 2015, where now more than half of the states have higher rates than the required federal minimum amount.  Many more minimum wage increases are set to take place in 2016 across both state and municipalities/counties.  To see a complete listing, please click here.

Several states passed “ban the box” legislation in 2015, meaning employers cannot ask about criminal backgrounds until at least a contingent offer is made.  In November of 2015, President Obama even directed federal agencies to ban the box to “give folks a chance to get through the door.”  States with this legislation include Hawaii, Illinois, Massachusetts, Minnesota, New Jersey, Oregon, Rhode Island, and Washington, D.C.  Watch for more states to adopt similar legislation in 2016.

In June of 2015, the Department of Labor proposed changes to overtime exemptions that included a significant bump to the salary threshold, meaning many employees currently classified as “exempt” would be dropped to “nonexempt” and subject to overtime wages.  Watch for more developments in 2016 as a compromised amount may be reached somewhere between the current $23,660 and the proposed $50,440 amounts.

For tips or help with your HR law compliance, please contact our Stratus.hr team.

What should employers know about healthcare reform for 2015? With so many complicating factors, many employers are looking for a simple answer...

What to expect from the ACA in 2014: covering the individual mandate, pre-existing conditions, preventive services, and more...