While teens make up only a small percentage of the workforce, they are oftentimes ignorant to what's considered sexual harassment at work. 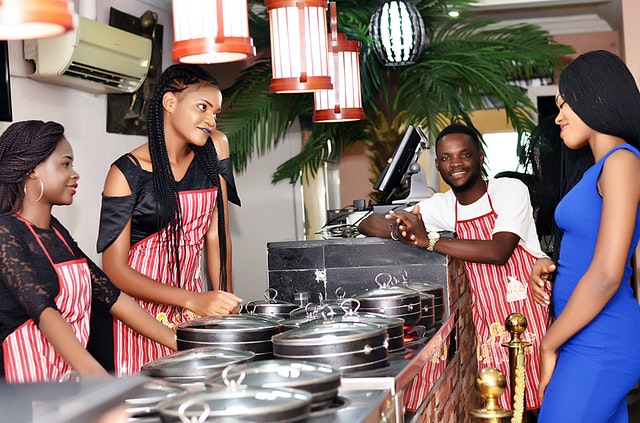 Unfortunately, the answer is: yes, absolutely, more than ever.

The majority of teens enter the workforce in lower-wage industries such as accommodation, food services, and retail. Unfortunately, these same industries account for more than 17% of all sexual harassment claims.

What’s more haunting is adults are more likely to report sexual harassment than their teenage counterparts. Why? Because many teens are unaware that unwanted touching and inappropriate comments are illegal. They may also be afraid of losing their job in retaliation and/or are too financially strapped (or embarrassed) to report incidents.

While not every sexual harassment claim rises to the level of litigation, here are several recent cases that highlight the need for regular workplace prevention training for all employees.

Del Taco, LLC, agreed to pay $1,250,000 and provide other relief efforts in its lawsuit settlement of a sexual harassment and retaliation case against female employees. According to the suit:

“Del Taco’s general manager and shift leader at its Rancho Cucamonga-area stores sexually harassed young female workers almost daily by subjecting them to unwelcome physical contact, vulgar comments, and propositions for sex. The agency charged that the behavior was so prevalent that other male employees felt free to engage in sexual harassment as well. When the female workers complained to Del Taco’s human resources, Del Taco failed to respond adequately to their complaints or stop the harassment or retaliation. Because of this hostile work environment, some workers felt they had no choice but to quit.” Beyond the payment, Del Taco was also required to review and revise its anti-harassment policies, create a structure for employees to report discrimination and harassment, and provide training to all employees.

Hillcrest Marshall, Inc. (owner of multiple Dunkin’ Donuts franchises in New York) was ordered to pay $150,000 to former employees as a sexual harassment settlement filed by the EEOC. According to the lawsuit, female employees, some who were minors at the time, were subjected to sexual harassment by a store manager who “talked about his genitals, tried to kiss a female worker who was 20 years old at the time, and pressured her to have sex. The manager hit her, cursed and yelled at her regularly due to being rejected by her. When she contacted the police, she was fired in retaliation for resisting his advances.” Among other areas of the settlement, Hillcrest Marshall was required to institute an anti-discrimination policy and complaint procedure for all employees.

Koerner Management Group, Inc. (a Virginia based corporation that owns 12 IHOP restaurant franchises) was sued by the EEOC due to claims of sexual harassment that women, including teen workers, were subjected to at work.

According to the lawsuit:

“A manager at KMG’s IHOP restaurant in Frederick, MD, subjected a group of female employees to unwanted advances and touching, including asking teen workers to show their breasts to him and exposing himself to a teen worker. The manager also made sexual comments about female employees’ attire and bodies, called them by denigrating sexual epithets, asked intrusive questions about their personal relationships, and showed one teen worker an explicit sexual video. The manager also solicited employees for sex and punished those who rejected his advances and gave preferential treatment to those who submitted, according to the lawsuit.”

While the lawsuit is ongoing, the EEOC has found that KMG didn’t have an effective anti-harassment policy, nor did they provide training on how to report harassment.

What’s the Best Way to Protect Teen Workers at Work?

While it may sound cliché, regular training for all employees (teens and adults), as well as supervisors, is key. Your staff needs to know how to identify harassment, and they need to be familiar with your company’s anti-harassment policy and complaint procedure.

Kelly Marinelli, J.D., SHRM-SCP said, “Employers are kidding themselves if they think that training isn't needed because they have not received any complaints about sexual harassment. That usually means the organization's complaint process is not working.”

As part of your training, teach supervisors to thank employees for bringing complaints to their attention. Reinforce the behavior of reporting issues so harassed employees won't be afraid to say something before a seemingly small issue becomes a bigger problem.

How Often Do We Have to Provide Sexual Harassment Prevention Training?

While there is no federal requirement, many states have individual sexual harassment prevention training requirements for both employees and supervisors. Some require employers to provide training within 6 months of being hired (or sooner for seasonal employees) and conduct annual or bi-annual training on an ongoing basis.

Here’s a state-by-state breakdown to review your state’s sexual harassment prevention training requirements. Whether or not your state has a requirement, it’s good business practice to conduct regular training to protect your employees and your company.

Instead of ignorantly hoping nothing happens, be proactive. Protect your teen workers, adult staff members, supervisors, and entire company by addressing the topic of sexual harassment and conducting regular training. Coach your employees on how to identify harassment and how to report any questionable situations.

For help with your company’s training and/or anti-harassment policies, please contact your certified HR expert. Not a current Stratus HR client? Book a free consultation and our team will contact you shortly.

Steps to Prevent Retaliation at Work

Retaliation is the most frequently alleged basis of discrimination raised before the EEOC. Eliminate workplace retaliation claims with these 6 easy...

Stopping Harassment in the Workplace

As an employer, it’s essential to have policies in place to prevent workplace discrimination, but where do you start? Here’s what you need to know...

Put down that phone! Advice for using cell phones at work

Do you leave your cell phone on or under the table at work meetings? Answering yes to either option may put your job at risk. Here's why ...