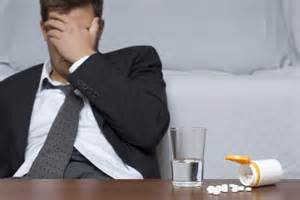 When the news hit Utah about Max Hall being arrested for shop lifting in August of 2014, it may have shook Cougar fans and satiated Ute fans...at first. But the unnerving news about his severe drug addiction that started from pain killers that were meant to relieve him from concussions and shoulder surgeries is, unfortunately, just another example of opioid painkillers destroying lives. The prescription drug epidemic has now spread to the workplace, with employers caught in the middle of a prescription opioid crisis. After all, what can they legally do or say to an employee with a prescription drug problem?

The epidemic is real

According to the Centers for Disease Control and Prevention (CDC), more than 28,000 people nationwide died in 2014 from opioids, half of which were overdose deaths from prescriptions. That means drug overdoses (think OxyContin and Percocet) now exceed car crashes in unintentional death cases in the U.S. The CDC reported that from 1999 to 2014, “The amount of prescription opioids sold in the U.S. nearly quadrupled, yet there has not been an overall change in the amount of pain that Americans report…78 Americans die every day from an opioid overdose.” Although the CDC has tried to combat this issue by proposing new prescribing guidelines, here is what employers can do to help keep their workplace safe.

What employers SHOULD do

Become a proactive employer in fighting the prescription painkiller epidemic. Educate employees about the risks of prescription opioid painkillers. Encourage them to consult with their physician in private about different medication alternatives that may be more suitable. Also, be sure to train your managers on recognizing the typical signs of impairment, your own drug and alcohol abuse policy, and understanding the ADA. For more tips and information, please contact us.

How to handle employee drug and alcohol use at work

Whether employee drug use at work is the result of prescription or recreational drugs or alcohol, it doesn't change the fact that on-the-job

Can I refuse to take a drug test at work?

When an employee is asked to take a drug test, whether it be for-cause or random, does the employee have the right to refuse?

Did you know that certain over-the-counter medicines and feminine hygiene products are now FSA-eligible expenses without a prescription?