Witnessing Suspicious Activity at Work: What Should You Do?

What should you do when you see suspicious activity in the workplace? Report the following criteria to HR or a member of the Executive Team... 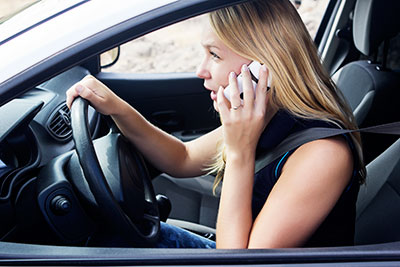 According to the U.S. Bureau of Labor Statistics, nearly 10% of all fatal workplace injuries over the last few years have been homicides. Additional data indicates firearms are used 78% of the time, making employers wonder how to respond when Second Amendment rights come into play.

The simplest response to the problem for most employers is to create workplace policies that prohibit workers from bringing guns to work, right? But laws don’t always agree. In 20 states, for example, laws prevent workplaces from enforcing no-guns-in-the-parking-lot policies, although most states do allow businesses to prevent firearms from the building premises (California is the exception).

Why the best policy to reduce workplace violence/terrorism is training

Here’s the dilemma: on one side of the coin is the argument that a firearm in the car does NOT imply an employee is going to use it on coworkers, but to protect them. On the other side is the knowledge that hanging a sign on the door that says “No firearms” isn’t going to stop an individual who’s determined to do harm.

The answer? Smart workplace policies that remind all employees to keep their eyes and ears open.

“Reporting suspicious activity is the workplace’s first line of defense,” says Colin Thompson, HR Director at Stratus.hr. “But employees need to know what suspicious activity really looks like. An individual who walks into the lobby who they’ve never seen before doesn’t qualify as ‘suspicious.’ But seeing a coworker acting out-of-sorts with a gun in their belt, that definitely does.”

Businesses, says Thompson, should have clear policies in place that details what to report and to whom. Workplaces can start with the following language in their handbook:

When on the job, employees should report suspicious behavior (non-life threatening) to HR or a member of the Executive Team, including:
1. Who or what they saw
2. When they saw it
3. Where it occurred
4. Why it's suspicious

If the behavior is highly concerning where lives may be at stake, employees should call 911 immediately.

“Time is of the essence when it comes to keeping the workplace safe, and it’s the employer’s responsibility for ensuring the workplace is a safe environment for all employees,” says Thompson. “Developing policies and adhering to them and then training employees annually about policies and what should be considered ‘suspicious’ should be a top priority for every employer. It also makes it much easier for employees to identify a real safety threat from a perceived one.”

Once reported, the company’s HR and/or Executive Team should determine the best course of action whenever time permits. “Having an impartial third-party assess the situation is important to ensure someone’s not wrongfully accused or being profiled,” says Thompson. “Talking to the individuals who report the activity, as well as the individual who caused it, can help you determine if it’s really a workplace threat or just a lapse in judgement.”

Thompson indicates that adding "suspicious activity" to the company’s safety trainings on an annual basis can often prevent headaches for everyone. Case in point? An employee who brought guns to work at a friend’s workplace for a photo shoot. “They were historic rifles and people saw the employee carrying them into the building. Plenty of them freaked out,” said Thompson. “They reported it to management, and HR reviewed the company’s policy with the individual. They decided the best solution was to move the photoshoot to another location, somewhere offsite.”

As for the employee with the historic guns, they simply never realized there was a policy against this. “If someone had just reviewed the company’s policy in a training, it probably would have prevented a whole lot of stress for everyone that worked there,” said Thompson.

Your Stratus.hr Rep can help you with both the policy in your handbook, as well as provide ideas for incorporating suspicious activity lessons into your safety training. Not a current Stratus.hr client? Book a consultation and our team will be in touch with you shortly!

Workplace Halloween Costumes: what NOT to wear

Do your employees wear Halloween costumes to work? Read these 10 tips of what NOT to wear to avoid crossing the line of creativity to uncomfortable.

Are you looking for ways to improve your workplace culture? Your solution might be as simple as friendships.