Reducing worker hours for ACA compliance could land you in court!

Businesses who reduce worker hours as an ACA-compliance strategy could find themselves with even bigger bills to pay – including legal fees. 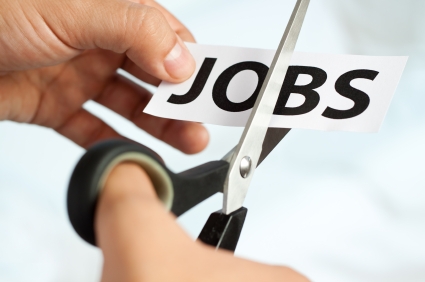 Businesses who reduce worker hours as an ACA-compliance strategy could find themselves with even bigger bills to pay - including legal fees. That’s the situation facing one restaurant chain after a state district court deemed a former employee could sue after her hours were cut to help the company comply with Obamacare regulations.

Planting the Seeds of an Employee’s Healthcare Lawsuit

Dave & Buster’s owns and operates 72 stores in 30 states. In August of 2006, Maria Marin was hired as a full-time employee in one of the New York stores as kitchen staff. During that time, Ms. Marin worked 30-45 hours a week and received health insurance coverage under the Dave & Buster’s Plan. When the ACA became law, Dave & Buster’s designed a nationwide effort to “right-size the number of full-time and part-time employees” which the plaintiff claimed was to skirt providing ACA-compliant insurance. Employees were required to attend one of two meetings where they were told that compliance would cost the company as much as $2 million, so the company planned to reduce the full-time employee count at the Times Square store from 100 to 40. Ms. Marin was one of the affected employees whose hours were significantly cut in the company’s efforts to “right-size” the number of full-time employees, meaning she suffered a loss of wages and benefits due to the reduction in hours.

Does ERISA Protection Connect to the Affordable Care Act?

Ms. Marin sued under section 510 of the Employee Retirement Income Security Act of 1974 (ERISA). Although ERISA is primarily for retirement plans, section 510 says, “…it shall be unlawful for any person to discharge, fine, suspend, expel, discipline, or discriminate against a participant or beneficiary of an employee benefit plan… for the purpose of interfering with the attainment of any right to which such participant may become entitled under the plan…” The court had to determine if the Dave & Buster’s health insurance plan was an employee welfare benefit that would be protected by ERISA, which they concluded, it was.

Although the defense tried to get the lawsuit thrown out, saying section 510 shouldn’t apply to benefits not yet accrued, the court maintained that it was the employer’s “intent” that was the primary factor in this case, regardless of when employees were to obtain benefits. Because Dave & Buster’s intended to interfere with benefits, the lawsuit can now proceed to trial.

No matter how frustrated you are with any of the ACA compliance regulations, consult first with an ACA-certified professional to consider all legal options. Dave & Buster’s made it very clear to employees that avoiding an upward spike of $2 million was the reason for reducing employees’ hours, vocalized first by a company general manager in the employee meeting (and similar meetings among all locations), and then again in a response to a query from The Dallas Morning News.

Stratus.hr handles ACA administration for thousands of employees, making compliance simple for business owners.  For questions about your compliance strategy, please contact our ACA experts at ACA@stratus.hr or call 801-984-1329.

It’s time to reevaluate (again) whether or not your independent contractors should be considered employees due to a tightened definition...

If you or someone you know has “hired” an independent contractor, here are 7 common signs that the workers is actually an employee.