In the thermostat battle of the sexes, a new study has shown that low temperatures significantly decrease the productivity of women. 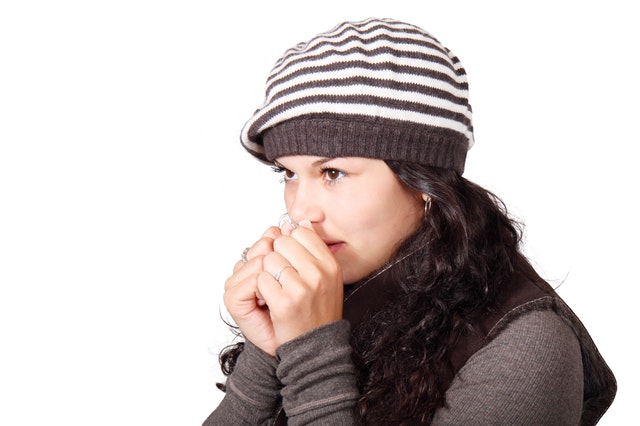 If Mark Twain were alive today, I’d guess that the coldest winter he’d ever spend would be summer in a U.S. *office, where temperatures regularly hover in the 60s.

Now, if 65 degrees sounds ideal for getting work done, I would also guess that you’re male. If it sounds too cold to be productive, then you’re probably female. And science would back up both of those assumptions.

Is your office struggling to find a temperature everyone can agree on... and leave alone?

"Battle for the Thermostat" Study

The science part of this equation is a 2018 study deemed the “Battle for the Thermostat,” conducted by researchers at the University of Southern California and WZB Berlin Social Science Center. To determine if there was a “right” temperature for productivity, more than 500 German college students were given cognitive tests in rooms ranging from 61 to 91 degrees Fahrenheit.

Previous research turned up similar results. In a 2015 study, 550 college students were asked to complete cognitive tasks in varying temperatures to determine the point where a body shifts from thinking clearly to having to meet its core need of being comfortable. This study, too, found that women performed better in warmer work conditions. (Maybe it’s because they weren’t spending so much time rubbing their hands together to get warm.)

What is the optimal thermostat setting for an office?

The real question that everyone’s asking is this: Is there an ideal temperature for the U.S. office? Tom Y. Chang, associate professor of finance and business economics at the USC Marshall School of Business and one of the lead researchers on the 2018 study, told the Los Angeles Times that there is: 75 degrees. But Chang’s response included a disclaimer:

“I’m cringing a little bit to say this… 75 degrees to me is boiling. That's hot. I'm very warm at 75. But in a gender-balanced office environment, our results suggest that something like 75 degrees might be the optimal temperature to have for optimal productivity."

Should the thermostat be adjusted for other factors beyond gender?

There’s still more research to be done surrounding factors like race or age or body mass or composition, and there will always be outliers who don’t conform to this or any other study’s findings. But knowing that science indicates cold offices may not be the optimal workplace thermostat setting for everyone, I’d say that, at the very least, if you can’t open a window, maybe you could open the debate to try to land on a comfortable temperature for all workers.

And if the compromised temperature still doesn’t cut it, consider adding space heaters, blankets, and ice packs to the office budget to help everyone achieve a temperature that’s just right.

For more tips on how to keep your employees engaged and motivated, please contact your certified HR expert.

*Editor’s note: Even if Mark Twain never did actually say the coldest winter he ever spent was summer in San Francisco, I’ve walked around San Francisco in summer and know that it’s cold, but it’s never quite as chilly as some of the offices I’ve visited.

Sack Lunch for Work? Pack It Up

Instead of bringing the same boring sack lunch each day, mix it up by going outisde or trying these ideas to add a little excitement.

Did you know that telling a joke-of-the-day could enhance your employees' wellbeing? Learn more low-cost tips to keeping employees feeling refreshed.

Spicing Up Your Workplace Lunch